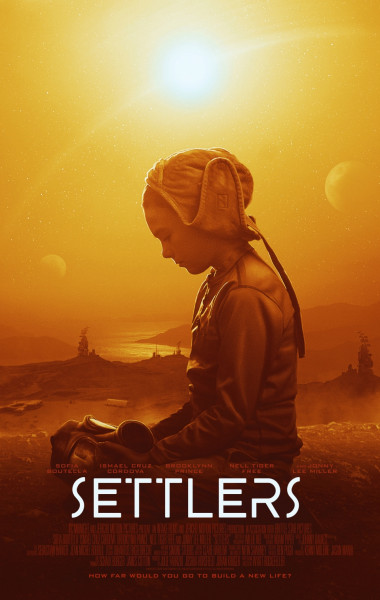 Ilsa has fled Earth with her husband and daughter to settle on the harsh and arid terrain of a Martian outpost. With nothing but a few crops and a domesticated robot named Steve, the family clings to hope for a better life. When a group of armed assailants appear on the surrounding hills and take the family hostage, mother and daughter are forced to adapt until it’s finally time to strike back.

Brooklynn Prince (The Florida Project, Home Before Dark, The Turning)